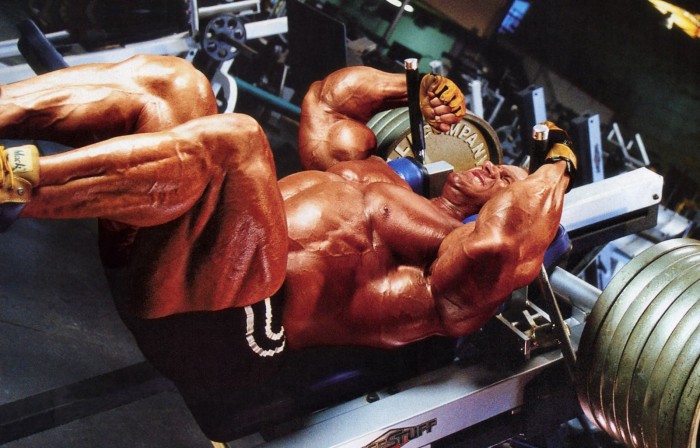 Want bigger, stronger hamstrings? If so, forget about classic squats! Contrary to the popular belief, squats and deadlifts are not the best hamstring exercises out there – at least not the standard versions. In fact, no single move is going to shape your hamstrings, so you’ll need to find the right combination of exercises for your goals – whether it’s size or strength.

A strong, well-developed backside requires specific moves that take the knee from an extended to flexed position, and the hip from a flexed to an extended position. This includes hamstring exercises such as the Romanian deadlift, the goblet squat, and floor glute-ham raises. For optimal results, do up to 15 reps per set.

Start with a weight that allows you to get up to six reps before reaching failure. Reduce the load gradually for the following sets while increasing the number of reps. Perform each move slowly so you can feel your muscles working hard.

So, are you ready to take your workout to a whole new level? Here are the five best hamstring exercises you’re probably not doing:

The goblet squat is the king of hamstring exercises. Considered one of the greatest bang-for-your-buck movements, it’s ideal for beginners and pro athletes alike. Introduced by Dan John, the goblet squat is easy to perform even for those with knee and back pain, injured shoulders, or poor ankle mobility. It’s also great for teaching technique to newbies. When done properly, it builds lower body strength, improves your balance, and shapes your hamstrings.

Another great exercise for hamstrings is the Romanian deadlift or the stiff-legged deadlift. This move hits your glutes, quads, hamstrings, and lower back muscles. Compared to the standard version, it’s safer for the lower back. The key is to keep your knees slightly bent, letting the shoulders go forward. Stiff-legged deadlifts develop and strengthen your hamstrings, sculpt your thigh muscles, and offer a full lower body workout.

The glute ham raise is one of the best exercises for building a strong backside. If you don’t have access to a GHR machine, you can perform this move on the floor. When done the right way, it increases neuromuscular activation more than other exercises. It’s actually one of the few moves that target mainly the hamstrings. The floor glute-ham raise is also much difficult than the standard version. Beginners can use a training partner until they learn proper form.

Sumo deadlifts take some of the load from your back and transfer it to your hips, activating the hamstrings. This exercise is very popular in the powerlifting community and offers similar results to the standard deadlift. The main advantage is that the bar has less distance to travel, which puts less stress on your back and allows you to lift heavier loads. It’s not the best choice for guys with shorter torsos and longer legs, but works great for most people because it doesn’t require as much t-spine or ankle mobility as the regular version.

The front box jump hits mainly the hamstrings, so it should be on the top of your list. It also works on your glutes, quads, calves, adductors, and abductors. This plyometric exercise helps build hamstring strength and burns calories. It’s one of the most effective moves for those who want a stronger, leaner physique. Front box squats improve the reaction of fast-twitch muscle fibers and makes you stronger overall. Since it doesn’t require weights, it’s much safer than other hamstring exercises.

These moves are perfect for strength training. Walking on the treadmill with a 15% incline and using the Stair Master can help build stronger hamstrings too. Consider training your legs once or twice a week, and using the stair climbing machine three days a week. The results will surprise you!

What Does a Clean Bulking Diet Plan Look Like?